The Comstocks – A Love Affair With Maine

Rob and Jan Comstock, the owners of Brook Ledge Farm, fell in love with Maine in 2001, when they celebrated their fifth wedding anniversary hiking in Acadia National Park.

Rob Comstock grew up in coastal Connecticut, enjoying all things water-related: sailing, water skiing, power boating, and fishing. He spent his summers working at a local marina and a boat dealership. During college, he worked as a captain on a 46-foot Bertram power boat. That job opened the door to his career in the oil, gas & energy industry because the recruiters were avid fishermen who wanted to discuss the boat. 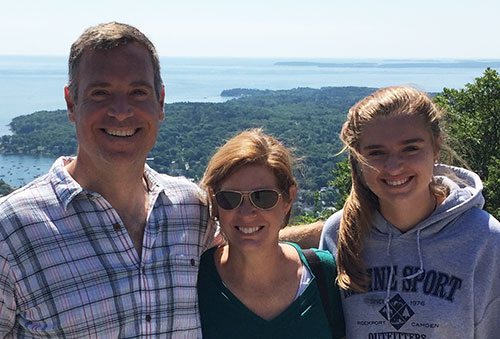 During college, Jan stayed one summer with an aunt in Connecticut, where she interned at a local bank. She met Rob, and the rest is history. Except for their daughter, Katherine, who is history in the making.

A Fondness for Haflingers

Amidst those many moves, Katherine picked up a love of horses, and the family now owns three Haflingers: Prince, Tucker and Pixie. Prince was the first, and when sharing him with her parents was no longer practical, Tucker was adopted through Connecticut Draft Horse Rescue to be Katherine’s pony at the ripe old age of 25. Tucker is now enjoying semi-retirement at 30. The Comstocks direct-bailed Pixie from the kill pen at New Holland on Mother’s Day weekend, 2012. Though frail, she survived. A Facebook friend pointed out that Pixie is spitting image of Little Bit, Jan’s first pony. Jan and Prince are working towards entering trail classes next summer.

The road to Brook Ledge Farm continued in 2015, when Rob sent his Land Rover Defender to East Coast Rovers in Rockland to be restored. While driving along the Maine coast, the family decided to start looking for a new home base in Maine because it combines all of their interests: horses, hiking, mountain biking, boating and fishing. They promised Katherine they would not move her again once she started high school on Long Island, as she has never been in a school longer than two years. After Katherine graduates, though, Rob and Jan Comstock plan to make the farm their home. 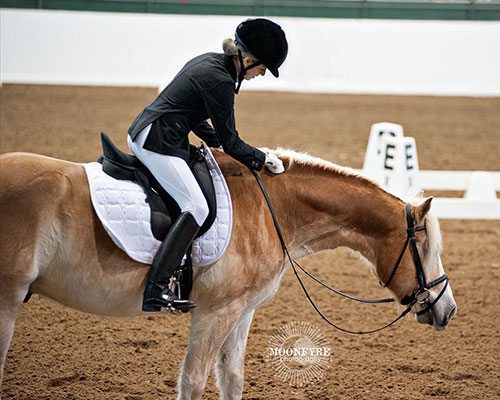