Get to Know Our Caring Team 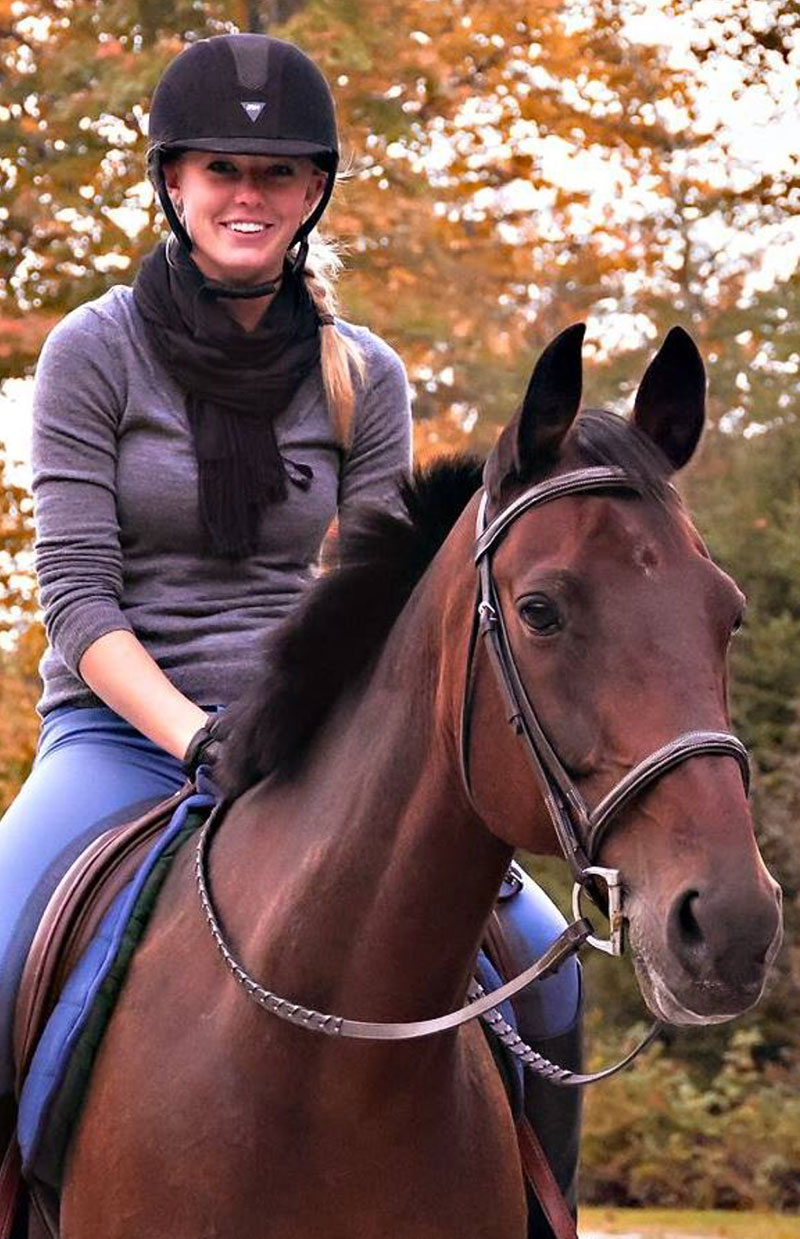 Erin’s love for horses started at age 2. After bringing home a “companion” pony for her horse, Erin’s mother quickly realized there was a problem – nothing could separate Erin and her pony! Growing up with horses, Erin learned discipline and routine from daily farm chores. Her mother, Priscilla, taught many lunge and riding lessons in an open field or sometimes on vacant back roads. Early riding consisted of only pasture and roadside riding but proved nothing but fun!

After entering middle school, Erin’s parents agreed that she could take formal lessons at the cost of a job at one of the local Dressage farms. Juggling school, sports, and riding, Erin pushed through high school and spent more time working at local farms than riding. Finding more and more passion in the management of horse care she applied to the University of New Hampshire.

While in college Erin worked at the UNH Stable during the week, traveled home to ME on the weekends to work at a Standardbred Training Stable and working at a Team Penning facility during the summer. Graduating UNH with an Associates Degree in Equine Management, Erin returned to ME, where she took on ownership of a retired STB, Air Borne Ranger. Erin and Air Borne stayed in the Mid Coast area while Erin accepted a Veterinarian Technician job with a local Equine Vet.

While practicing as a technician she met many types of horses and facilities as well as experience with injuries, sicknesses and how to treat them. Missing the joys of management and teaching, Erin accepted a management and instructing job with a new Icelandic facility.

Erin and Air Borne enjoyed managing and teaching gaited lessons and camps but after a few years were looking for a change of pace. She took a job with a local Hunter/Jumper farm where she managed the farm and taught lessons and camps there. At this farm Erin and Air Borne learned the ins and outs of the Hunter/Jumper world. This facility was home to the Bowdoin Equestrian Team, which Erin helped to coach alongside the farm’s IEA team. 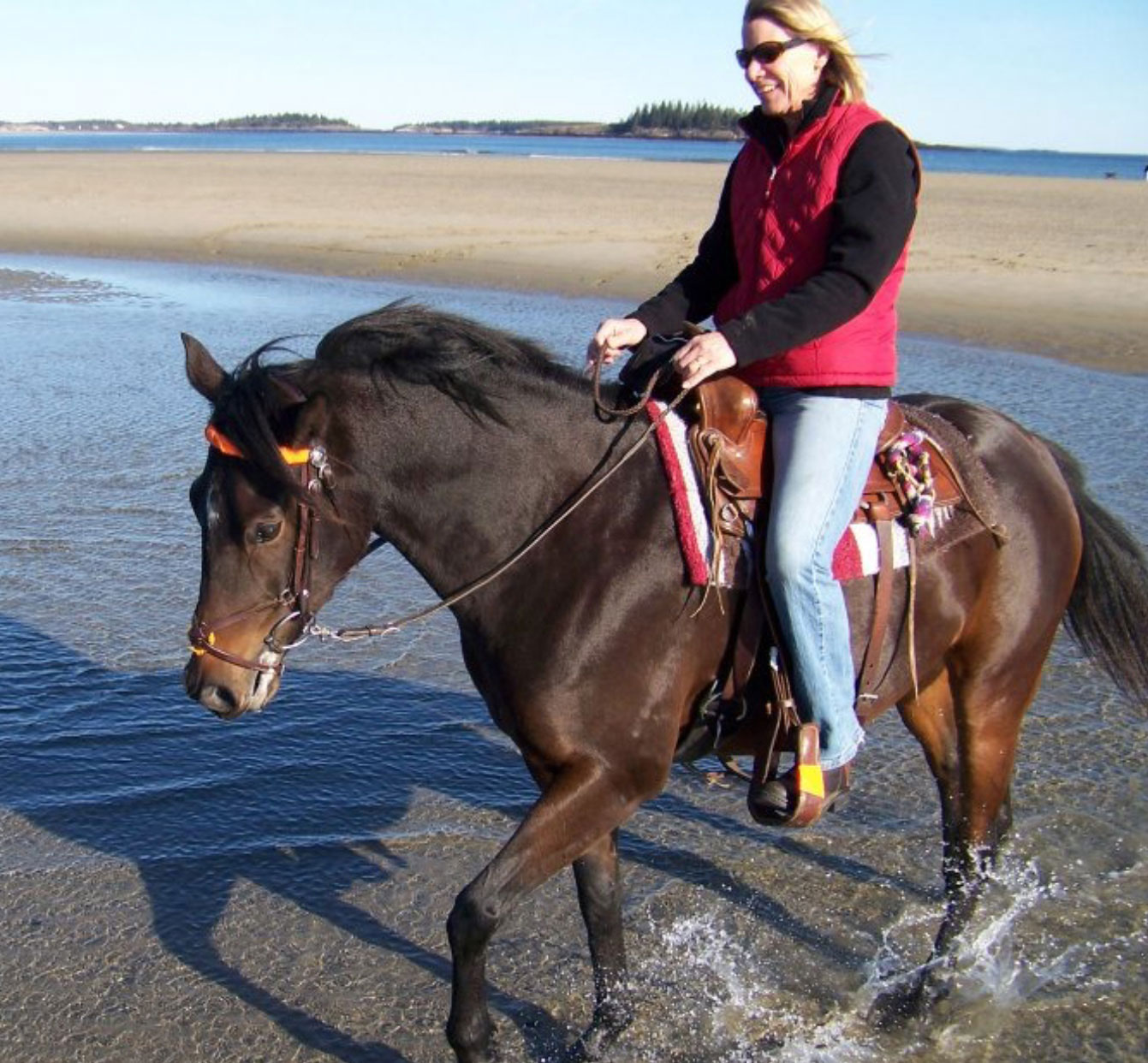 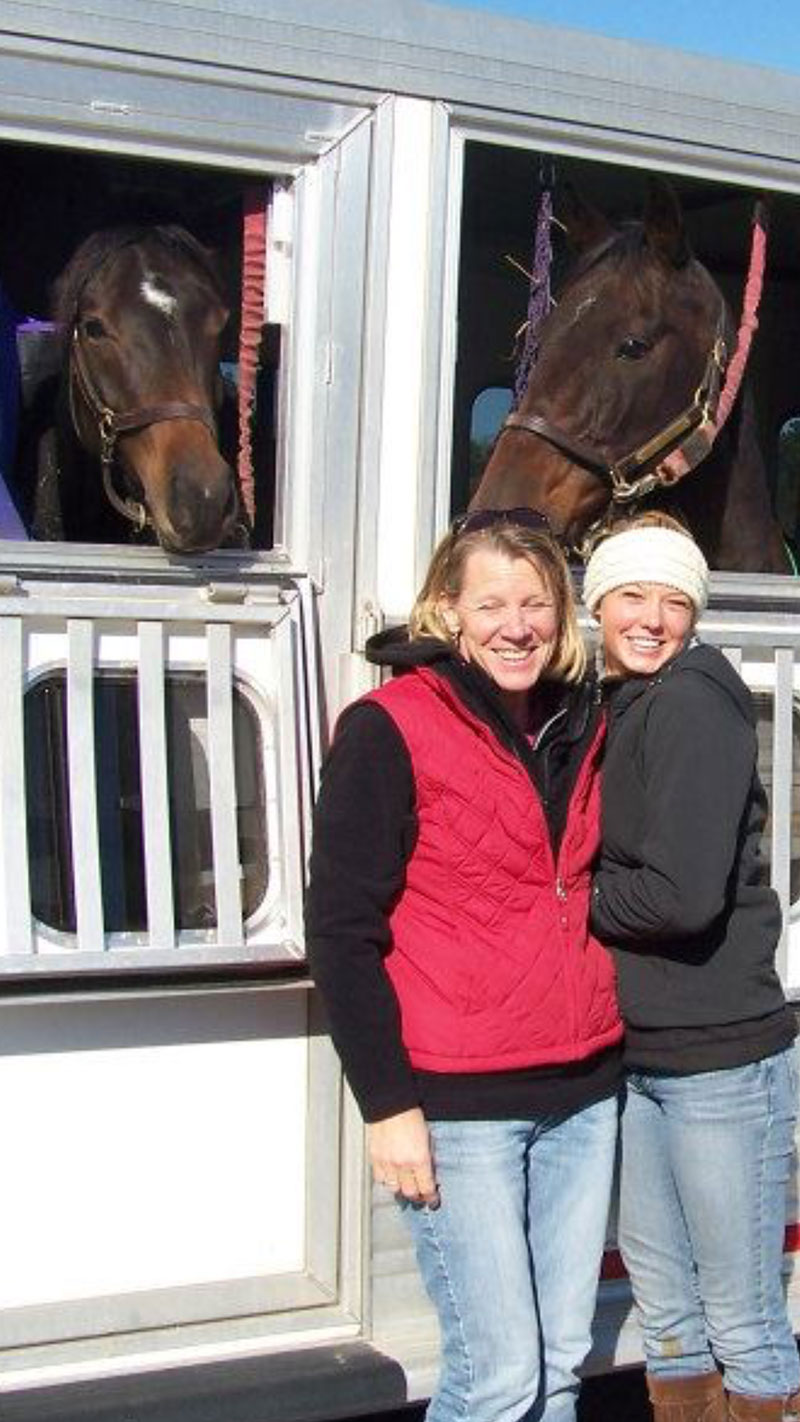 Hired at Brook Ledge Farm July 2017 as lead groom, Priscilla finds her passion in anything equine! Her enthusiasm for horses dates back to the 70’s, when, in those early years, Priscilla remembers her very first horse experience was when the hometown dentist introduced her to his Standardbred. After riding in the jog cart, she could find no greater joy!

In her early teens Priscilla would “rent” horses by the day from a local farmer, and after purchasing her first horse at age 18, she quickly joined in the local horse show circuit. Everything from Western Pleasure and Trail classes to English Equitation, she found all classes fun, and her palomino mare was perfect!

Looking for a way to continue her love affair with this beautiful QH, Priscilla found the most handsome buckskin stallion to breed with Molly. Maiden to breeding and mothering, both Priscilla and Molly were nothing but ecstatic for the upcoming pregnancy. Molly gave birth to a beautiful bay colt, but sadly Molly was lost during birth. The survival of this beautiful colt – Copper – was all due to Priscilla! Through several weeks of bottle-feeding Copper thrived in her care. Priscilla trained the energetic colt from halter to lunging and up to riding.

Life led the two of them to Southern ME, where Priscilla was hired at a Saddlebred/Morgan farm. She learned about the show world of gaited horses and learned to drive. After moving back to Mid Coast ME, Priscilla and Copper taught her children to ride and gave Priscilla’s entire family great joy.

Though Copper passed at the age of 24, less than a year later a spicy filly came into Priscilla’s life. She and Secret (named because she was a secret gift from her family) have done everything from trails to horse shows, Jumper and Dressage, Huntseat Equitation, cows and a track Marshal at the Windsor Fair.

Along their journey together Priscilla has assistant managed several gaited facilities including Saddlebred, Morgan, Icelandic, and Standardbred. She has also been lead-groom at Hunter/Jumper farms as well as Ranch Sorting.